Are you sure you want to log out?
VIEW CART 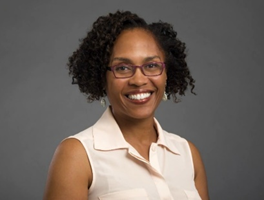 Lisa L. Barnes, Ph.D. is the Alla V. and Solomon Jesmer Endowed Professor of Gerontology and Geriatric Medicine, and is a cognitive neuropsychologist within the Rush Alzheimer’s Disease Center (RADC) at Rush University Medical Center in Chicago. She received her Ph.D. in biopsychology from the University of Michigan and completed a three-year, National Institutes of Health-sponsored postdoctoral fellowship in cognitive neuroscience at the University of California, Davis. Dr. Barnes’ research focuses on the epidemiology of cognitive aging, with an emphasis on understanding the mechanisms of cognitive health disparities among older Blacks living with Alzheimer’s and other chronic diseases of aging.

As the principal investigator of the Minority Aging Research Study — a 15-year longitudinal, clinical-pathologic study of more than 800 Blacks without dementia — and clinical core leader of the African American Core at the RADC, Barnes is a leading expert on race and aging, and has published close to 200 peer-reviewed manuscripts and six book chapters. She has received numerous awards for her work from professional societies, colleges and universities, and community-based organizations. She serves on a number of external advisory boards for Alzheimer’s disease research centers and health disparities centers. She is a committed advocate for the recruitment and engagement of under-represented groups in clinical research and provides extensive education to research participants, their families, and the general Black population to raise awareness and de-stigmatize Alzheimer’s dementia.